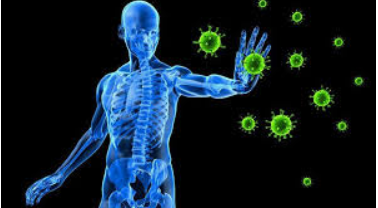 In this present scenario, the immunity system plays the most vital role in our daily life.  There are tiny, microscopic lurks everywhere in our environment.  Harmful viruses, bacteria and even cells within the body can attack a person and causes many problems ranging from mild reaction such as sneezing and rashes to life-threatening illnesses.  Our body consists of a protective mechanism that fights with these dangers and sometimes wins the battle.  This protective mechanism is known as the immune system.  Immunology is a branch science which deals with the study of the immune system.  The specialist in the field is called an immunologist.
There are some specialized organs, which our immune system consists, such as thymus, lymph nodes, tonsils, and spleen.  These specialized organs play the most significant role in the immune system.  This system is responsible for protecting and defending the body from outside and from internal mechanisms that cause the body to turn against itself.  The immune system’s organs are as followed:
Thymus:  This organ located in the anterior portion of the chest.  T-cells (T stands for thymus) are the type of white blood cell that is produced in the thymus.
Lymph nodes:  These nodes are located clusters throughout the body.  A network of lymph vessels circulates lymphatic fluid throughout the body.  This clear fluid picks up cells and tiny particles that can cause disease.
Spleen:  This organ is the largest one in the lymphatic system.  Its main location is in the upper left quadrant of the abdomen.
Tonsils:  The tonsils are structures made up of lymphoid tissue.  There are three types of tonsils, such as palatine tonsils (located on each side of the throat), pharyngeal tonsils, or adenoids (located on the posterior opening of the nasopharynx) and lingual tonsils, located on both sides of the base of the tongue.
There are two types of immunities, such as specific immunity and nonspecific immunity.  Specific immunity is attacked by the body after exposure to an individual virus or any other substance.  Nonspecific immunity is provided by the skin and mucous membranes.
The infant is born with his or her mother’s immunity, which provides protection for several months.  The infant acquires further immunity from the rich stores of bacterial and viral antibodies in breast milk.  According to age and month-wise, immunization was scheduled, such as Hepatitis B, Diphtheria, tetanus, pertussis, H. influenzae type b, polio, rotavirus, measles, mumps, Rubella, varicella (chickenpox).  In the case of adults and seniors, allergies are one of the most common problems requiring people to visit the physician.  There are major types of allergic reactions, hay fever, hives, certain types of asthma, etc.
Human immunodeficiency virus (HIV) is a sexually transmitted retrovirus that can cause AIDS (acquired immunodeficiency syndrome).  The T-cells in the host, the person who has the virus are affected and destroyed.  T-cells destruction leads to immunodeficiency, making the person susceptible to many infectious pathogens, classified as opportunistic infections.  As a person ages, the immune system seems to function less efficiently.  Thus, an individual approaches his or her 60s or 70s, various diseases tend to appear.
Laboratory tests are very important for diagnosing the immune disorder.  There are common tests is the measurement of immunoglobulins (Ig) IgM, IgG, IgA, IgD, and IgE.  Other tests include T-cell numbers, T-cell subsets, such as T4 and T8.  The presence of HIV is assessed with two main tests, ELISA (enzyme-linked immunosorbent assay and Western blot.
Antibiotics are the mainstay of treatment for bacterial infections and antivirals are the mainstay of treatment for viral infections.