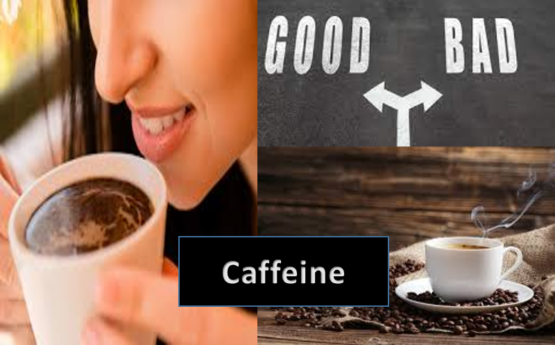 Diabetes Mellitus is a chronic metabolic disease, in which there are high blood sugar levels, with some serious complications to the heart, kidney, eyes, nerves, blood vessels over a period of time. It is a health concern and a common disease worldwide.

Diabetes mellitus (DM) is a disease of adults but is seen in almost all age groups. The World Health Organization, (WHO) has recently declared, it a pandemic. Its prevalence has increased in the past decades, and it is expected to double in the next decade. Diabetes mellitus may cause death, due to its nerve or vascular complications. The most common types of diabetes are type 1 (also known as insulin-dependent) and type 2 (also known as non-insulin-dependent). Type 2 form of DM is more common than Type 1.

Diabetes mellitus is more common in the Eastern Mediterranean regions, and the Middle East countries like UAE, Saudi Arabia, Bahrain, Kuwait, and Oman.

Oman is one of the countries that have a high prevalence of diabetes mellitus, and its prevalence may increase in the next twenty years.

TYPE 1– In type 1 there is the destruction of beta cells of the pancreas. Thus there’s no adequate insulin production.

TYPE 2– In type 2 the cells fail to respond to insulin although the insulin production is normal. Excessive body weight and lack of exercise may cause this type of DM

GESTATIONAL DIABETES – It occurs in pregnant women without a history of diabetes. Glycaemic status may become normal after delivery

Diabetes mellitus represents a metabolic disorder, that is characterized by hyperglycemia due to decreased insulin secretion or insulin resistance, or both.

The metabolism of glucose is regulated by a complex set of reactions.  Our diet containing sugars is split into various carbohydrates. The most important is glucose, metabolized in all body cells. Glucose enters the cell by a process called facilitated diffusion. The insulin signal will make the facilitated diffusion faster (glucose transport into cells is increased up to twenty-fold). Once the glucose enters the cell the role of insulin begins and the glucose s converted into glycogen then on pyruvate and lactate then to fatty acids.

Damage to the eyes

Changes in the salivary flow composition and alteration of the taste are noted as there is salivary gland dysfunction.

Fungal and bacterial infections are common and are often manifested in the oral cavity.

In diabetics, the mucosal lesions are more prone to occur than the normal healthy individuals.

Periodontitis is a crucial form of gum disease. It is considered one of the important complications in Diabetes Mellitus. This is a form of chronic disorder with an inflammatory process that affects the gums and the supporting structures of the teeth including bone.

The process is mainly carried out by bacteria in the mouth. The oral environment has an enormous amount of bacterial species. In a poor oral hygiene state, the bacteria will form plaque with the help of food debris. The bacteria in the plaque produce enzymes and toxins. The enzymes and toxins initially will cause inflammation in the Gums. They have a tendency to swell and bleed on touch. When the local irritants are not removed periodically there will be a severe form of destruction that takes place in the supporting structures of the teeth. There will be severe bone destruction and this later lead to tooth loss.

In diabetes, it is a 2-way process. When there is a high glycaemic level there will be more bacterial load in the mouth. This may be due to more glucose content in the blood and less salivary flow. Also when there is severe gum disease it also will lead to a poor diabetic control state.

A study in 2001 was carried out, to rule out the relationship between salivary dysfunction and diabetes. The study was done among type 1 diabetes patients and normal individuals as controls. The study concluded that there’s reduced salivary flow and dry mouth in patients with diabetes than the normal controlled adults. The positive controls also had diabetic neuropathy.

When there is reduced salivary flow, patients may have varied symptoms.

When there is less saliva secretion patients may feel their mouth is dry and thirsty and they tend to drink more water. When they take more water than normal there is an increased frequency of urination.

The dry mouth also causes burning sensation and pain in the oral tissues as there is reduced lubrication by the saliva.

Few areas of multiple pus discharge are also noted in some diabetic patients due to reduced salivary flow and infection.

It is found that the nerve disorder and the blood vessel abnormalities take place in diabetes may have a role n the salivary gland also. Along with the nerve and blood vessel changes the cellular changes will lead to decreased salivary secretion.

There is a condition of painless salivary gland enlargement known as Sialosis. This is more common in DM patients causing less secretion.

Many external and internal factors will cause this disease. They include smoking, xerostomia, endocrine, and metabolic diseases, immunodeficiency, etc.

Other risk factors include old age, certain medications, Cushing’s syndrome, malignancies, and the use of removable dentures.

Oral candidiasis is classified into two types primary and secondary.

Primary oral candidiasis is sub-classified into:

Erythematous candidiasis can present as acute or chronic infection.

Oral lichen planus (OLP) is a skin disease that produces lesions in the mouth. OLP is reported to occur more frequently in patients with TYPE 1 diabetes compared to TYPE 2 diabetes.

The reason for this is that type 1 diabetes is considered to be a trigger by the body’s own immune response and OLP has been reported to have some underlying mechanism.

Patients with diabetes are subjected to have immune suppression, especially in type 1 diabetes.

The lichen planus in DM is usually atrophic and has reddish areas with a burning sensation.

In diabetes mellitus, there is decreased salivary secretion and the development of dental decay is very common.

The dental caries are recurrent and there may be tooth loss also.

It is well-known that the cleansing and buffering capacity of the saliva is diminished in diabetes mellitus resulting in an increased incidence of dental caries, especially in those patients who suffer from xerostomia

Prevention and management of oral complications, especially periodontal disease, in patients with diabetes is important due to their possible adverse effect on sugar level

Few hints are to be noted n DM. These include:

1) There is a lack of awareness of oral complications of Diabetic Mellitus among Diabetic patients.

6) Vigorous treatment of oral infection either bacterial or fungal in these patients is needed, especially if they have poor hypoglycaemic control.